Just keeping up and a heartbreaking story

I am watching the two youngest grandkids this week so I'm lucky just to have been able to sew these 2 blocks from Cheri's mystery: 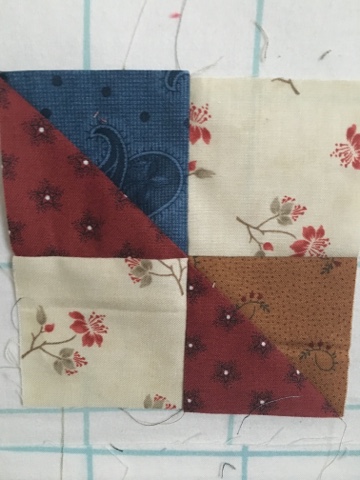 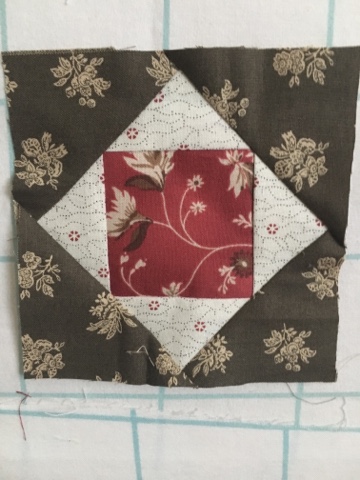 I did manage a couple of selfies, which I usually avoid!! Vbg 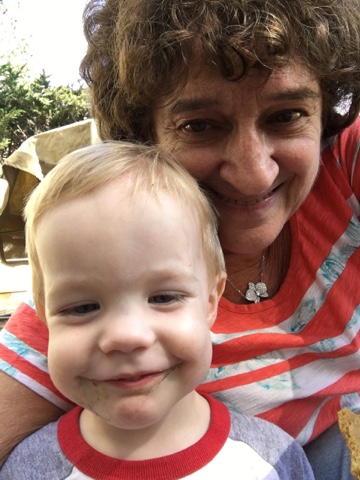 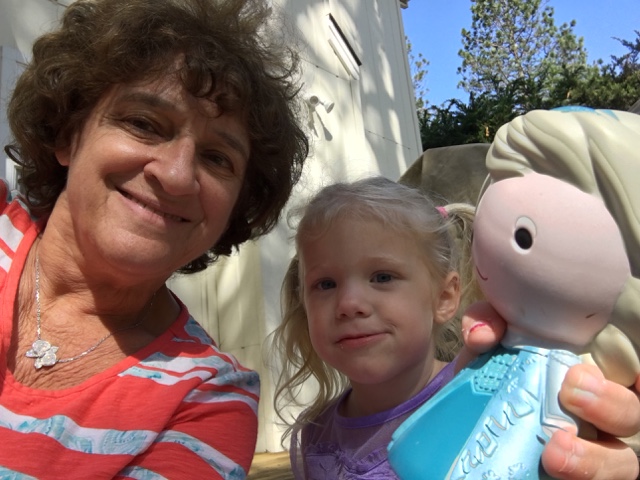 Elsa is a favorite!!
Since Jack's crib is in my sewing room, I decided to move a machine into the dining room to try to sew a little bit during naps!  Here is my set up: 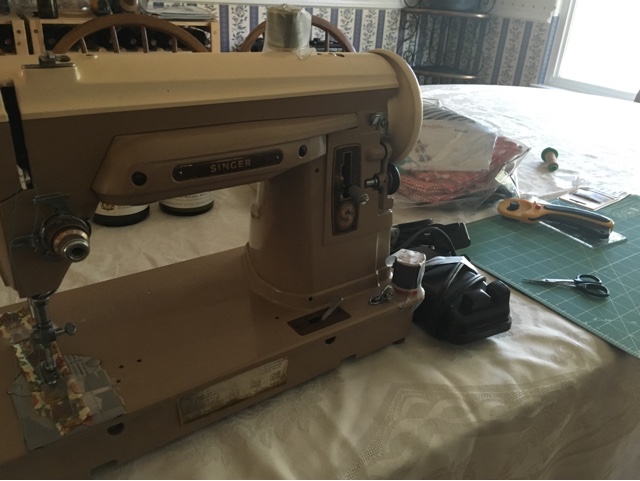 I bought this 401 months ago and honestly never tried it so now is a perfect opportunity to give it a try. Hopefully she's ready to sew!!
I'm going to work on the kindergarten teacher's quilt, which is coming along beautifully!! The blocks are adorable! At least I think so! 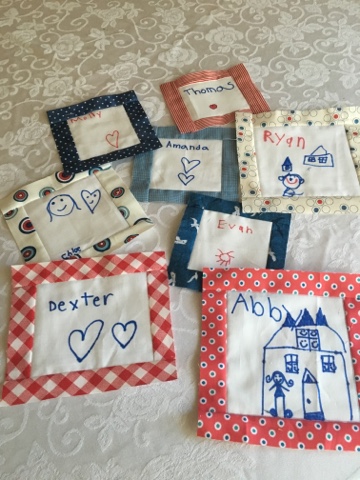 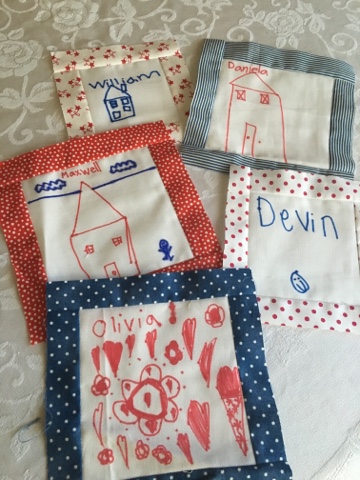 I'm going to sew them onto a yellow background to make it look like a bulletin board!! I'm hoping to finish it before we head back up to Sunriver just after Easter (with the two oldest grandkids, Emma and Ryan).
I have to tell you this story, which shows that even little ones don't miss much:
At Christmas we took Ryan and Jack with us to Sunriver and our daughter wanted to keep Emma with her for the week and then take her up to Portland. When we picked up the boys, Emma was extremely upset when she saw that we'd taken out her car seat.
Fast forward nearly 3 months and Emma laments to me that we FORGOT her when we took Ryan and Jack to Sunriver.   She has since told me and my daughter the same thing at least 6 more times, even as recently as last night. She will probably forever believe we forgot her, even as she grows up!  Broke my heart!!  Our daughter won't do that again!!  When we go back after Easter, we will be "forgetting" Jack this time!!  Vbg
Hopefully the little 2 yr old won't be as traumatized as the 3-1/2 yr old was!!
Posted by Randy D. at 9:54 AM