A little progress and a lot of growth!

I'm working on Cecile and Corinne's challenge of doing a quilt with curves and had selected a very old UFO called 9-11 Quilt by Laundry Basket Quilts.  SOOOO labor intensive.  I did 4 more blocks this week: 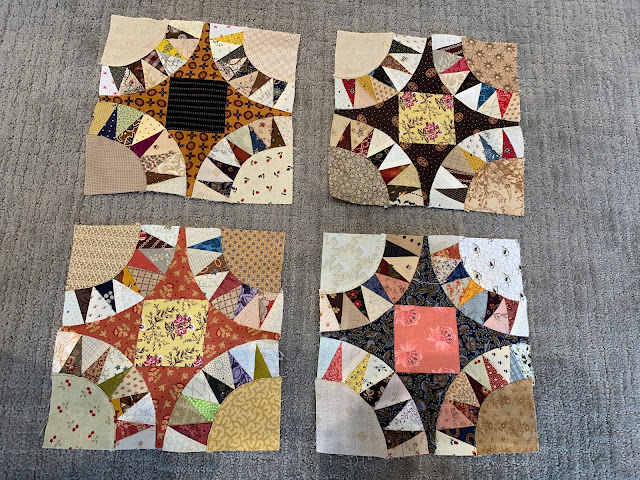 Here's a little confession...I was doing this with a group of friends about 10 years ago and we had an Accuquilt die specially made for the quarter circles and the 4 "triangles" which are sewn to the center square.  I also had sewn a lot of the paper pieced sections so I had a head start.  I've got 12 blocks done.  I'm now back to paper piecing the sections again.

Now the quilt calls for 56 (!!) blocks.  I'm pretty sure I'm not going to get them all done, together and quilted by the deadline for Cecile's challenge so the quilt may  actually be smaller.  It needs sashing and I'm going to use stash but haven't decided yet which color.  Any suggestions?

As for sewing down the quarter circles, I'm still pretty challenged.  I will admit that I've been pressing the round edges over and then sewing them onto the paper pieced part by machine!  Sometimes I'll sew them like a drunkard's path (and I was inspired by Janet O's pinning about every half inch!).. that seems to make them a bit more accurate. What a concept--pinning!!

Keeping me company in my sewing room is my new companion.  He's growing fast and seems likely to be a bit larger than the promised weight of 45#s maximum. VBG.  It's unlikely he'll fit on the edge of the bookshelf and between shelves very much longer! 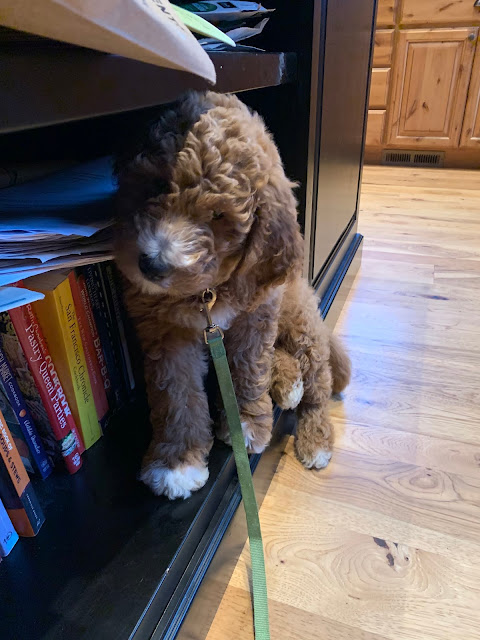 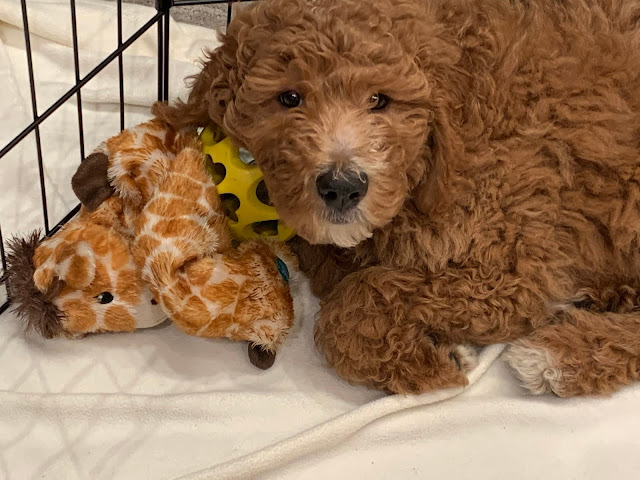 It's hard to be upset with this little guy getting potty trained.  He is only two months old and that face...!!!!
In another vein, here's a book recommendation for you:  It's called The Biggest Bluff.  It's about a journalist who decides to become a poker star.  The story is interesting but she makes so many statements that have nothing to do with poker.  For instance:
"Perception matters only insofar as you're using it strategically to shape your image for future actions"
"One of the keys to success, if not THE key, is objectivity.  And objectivity is a hard thing to come by"
"Great Kipling quote:  'if you can meet with Triumph and Disaster, treat those two impostors just the same..."
Stay safe!!