A small study of selvages, Part I

My son arrived with his family this week so my great plans of organizing selvages kind of fell apart.  Back into the bag they went.

But not before I whipped up a small mug-rug out of some favorites! 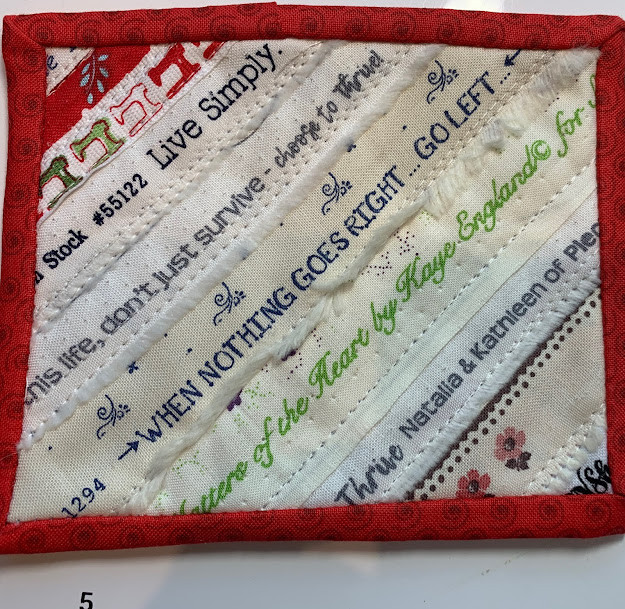 Can you make out the sayings on these selvages?  Who knew that selvages had sayings?  I still intend to go through them and organize them and make them into something.  Haven't decided that yet!

Before the kids arrived, I did finish up a donation quilt for the kid's group.  Last summer I bought a baggie filled with scraps... It had two border strips, some squares and another strip.  It's all about glamping.  I wanted to use them up (of course, using up one small baggie doesn't make a dent!) so I found a pattern in an old book I had and punted.  The book is called Block Explosion.  I don't know where I got it from nor do I even remember opening it.  Maybe I picked it up last summer at the quilt show's flea market, when I got the baggie!  This pattern is called Garden Gate 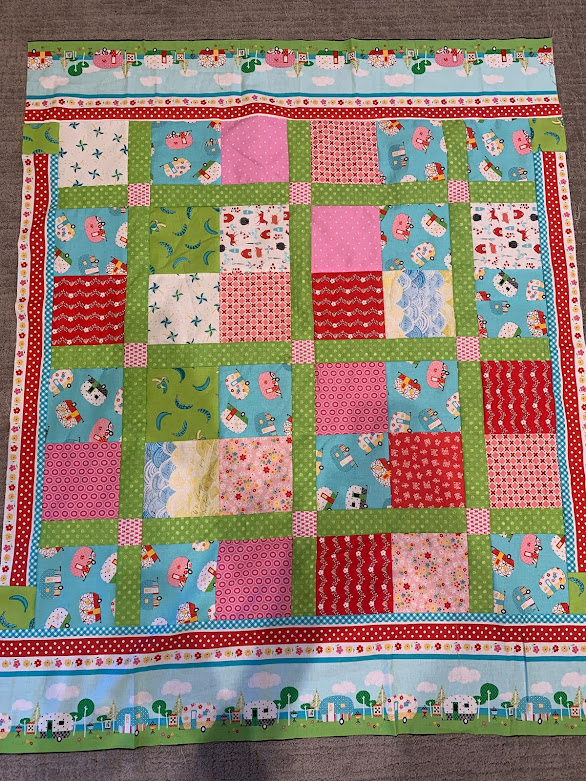 Of course I had to run to the local quilt shop and pick up some go-withs, right??!!  Can you tell there are bananas?  I found a Tula Pink lime green fabric I couldn't resist!  I did mostly use up all the fabric in the baggie!
The true highlight of the week was this surprise package I received from Barb (funwithbarb)!  I recently sent her some puzzles and she decided to reciprocate!  I can't wait to dig into her puzzles.
And as if the puzzles weren't enough, she enclosed some great fabric and Applipops!  And a Barbara Brackman book!  I hit the lottery!! I've been really curious about how those circles work and she had an extra set!
Thanks Barb so very much! 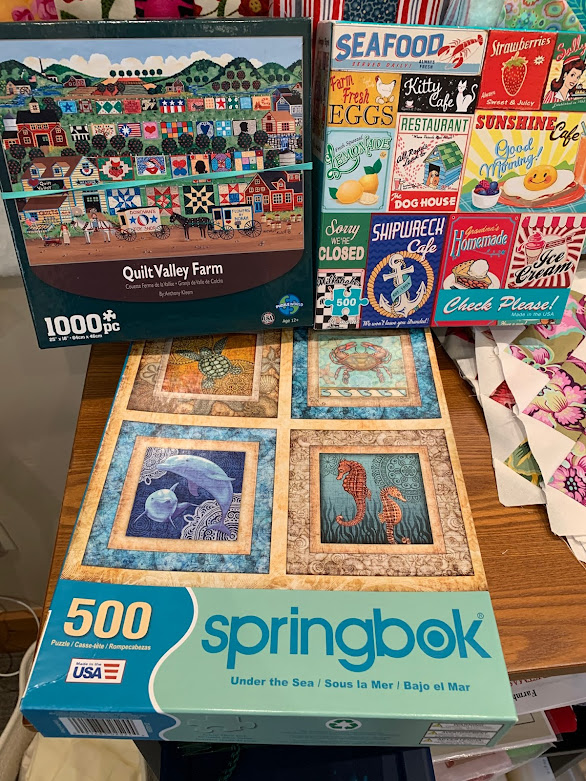 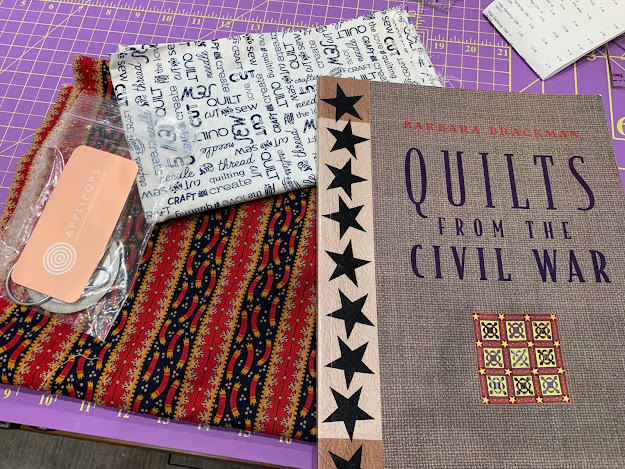 I love sharing sunset photos from our house here in Central Oregon.  Last night, the sun was a huge red ball -- it almost looked like we were in outer space. 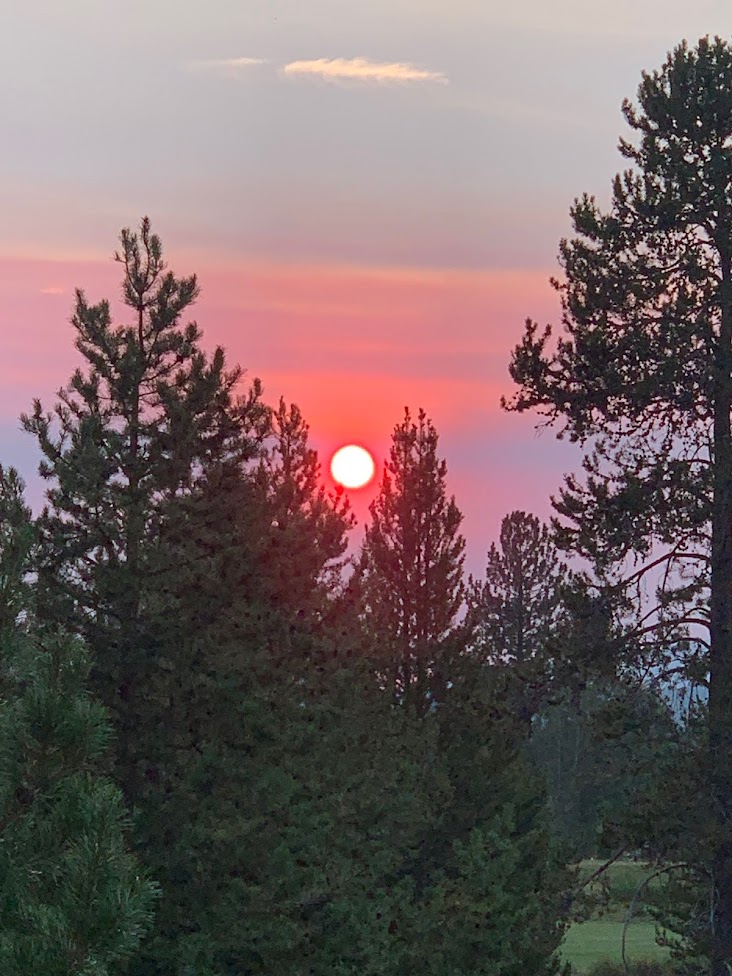 Hope everyone is staying well and having a great weekend.  Hard to believe it's the end of summer!  We are heading back to California mid-week to check on the mess the evacuation caused in my house with no power for over a week!  No fires, though, so that's a good thing!
Posted by Randy D. at 10:43 AM