I've mentioned that my favorite quilt store in Bend (Quiltworks) has a monthly little quilt show. I met Lori there today and I was so pleasantly surprised to find that the quilt show they had for the month of August was a collection of small quilts that were made in honor of the California State Parks system.

Last year I saw a few of these quilts at PIQF but Marilyn had all of them on display. The challenge was for a Quilter to depict a particular California State Park in a quilt. There were parks I didn't know existed. Some of them were just spectacular and I took a lot of pictures. I hope you enjoy them.  I was really lucky to have gotten to the shop before the end of August!  Not to mention lucky that I was able to meet Lori too! 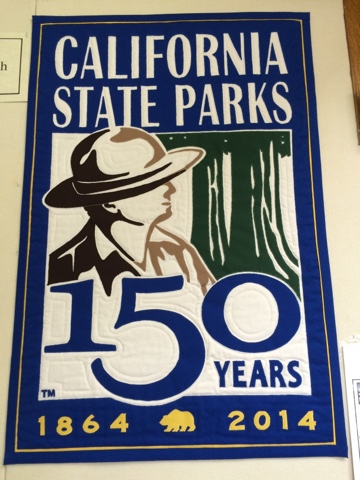 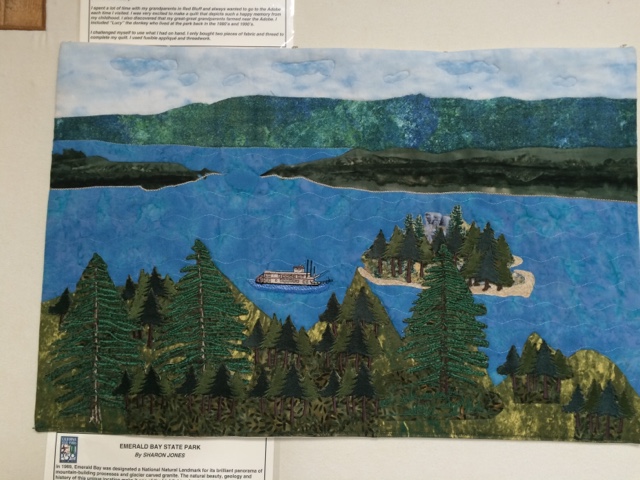 I think this is Emerald Bay near Lake Tahoe, which has the bluest water you can imagine! Hard to believe this is a quilt and not a photograph! 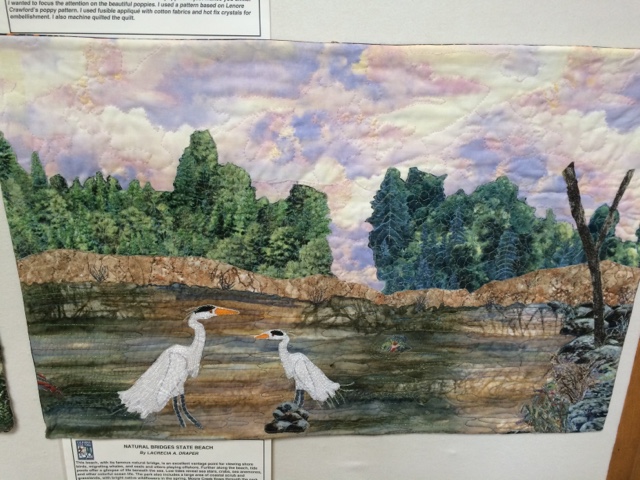 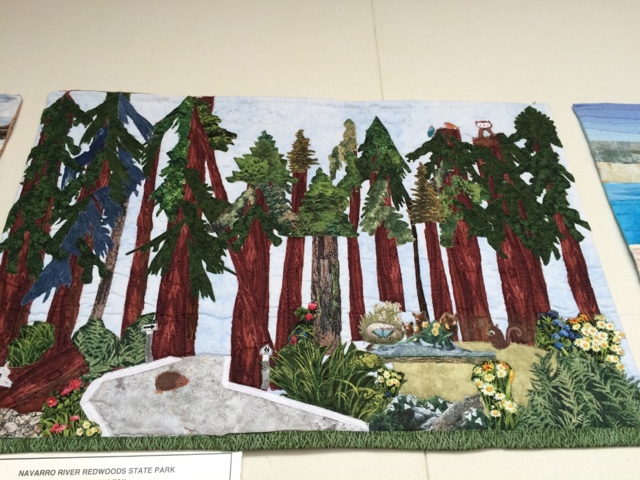 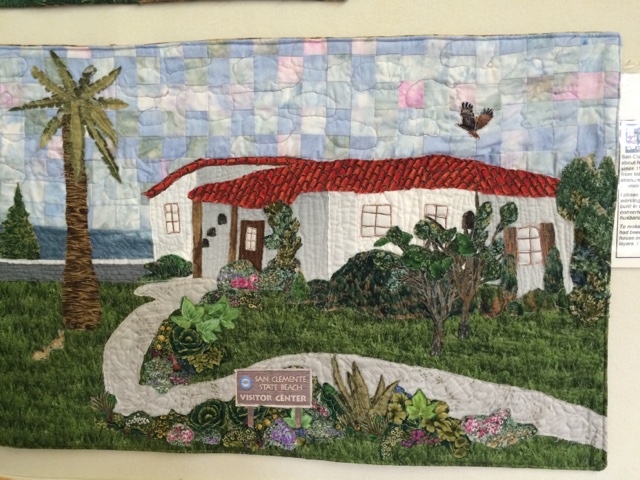 I think this is a park in Carmel, near where we live in California. 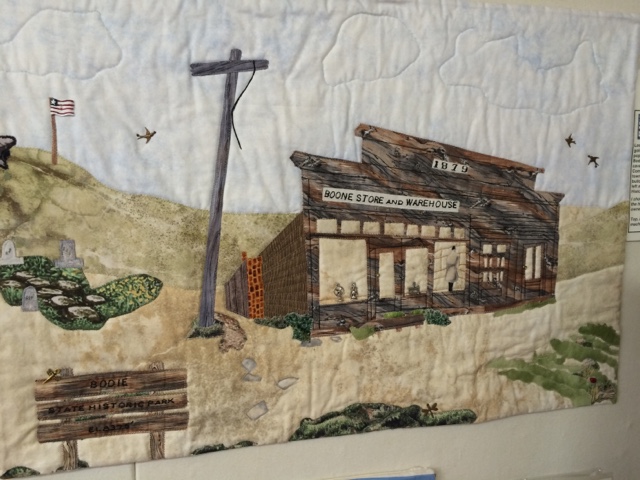 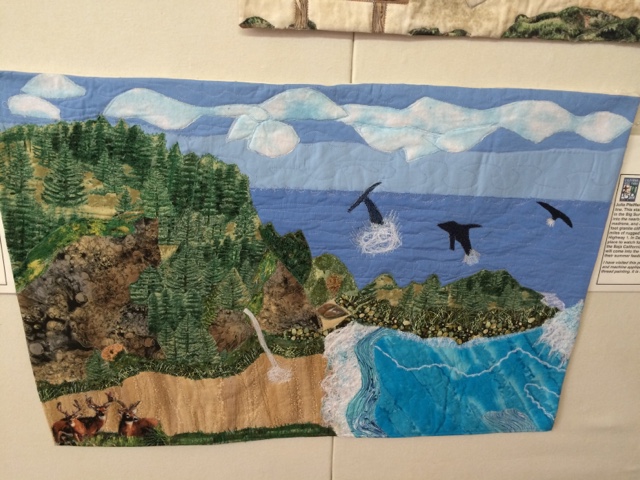 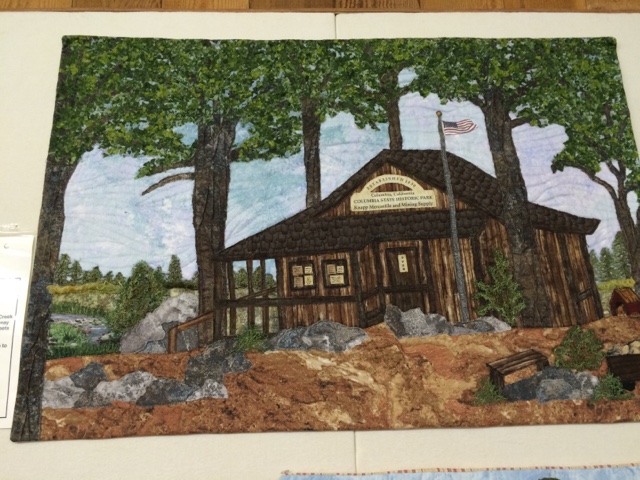 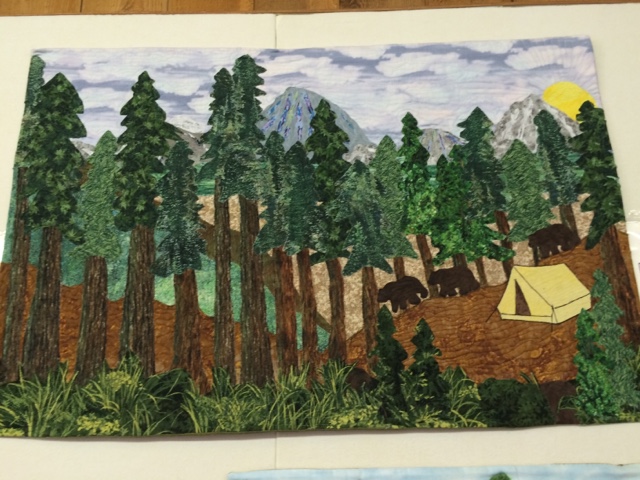 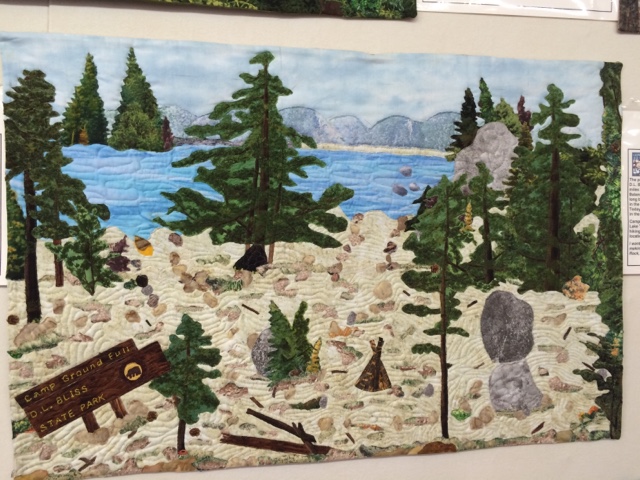 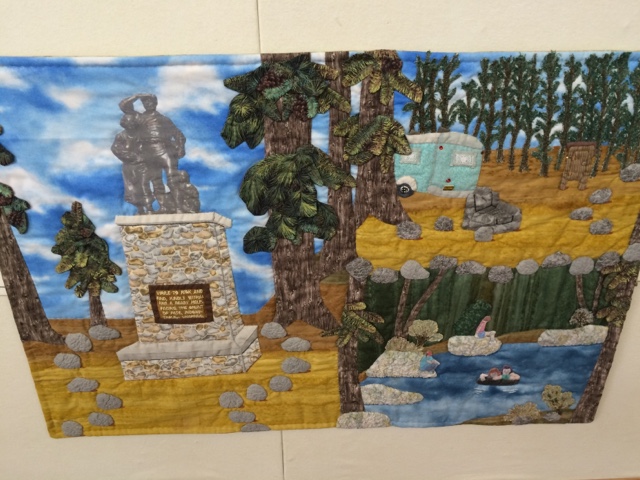 This is Donner State Park near Lake Tahoe. We took our kids camping there every year when they were young! The statute depicts the Donner  Party, which is quite a colorful story of survival in the Sierra Nevada mountains in the winter in the 1800s! 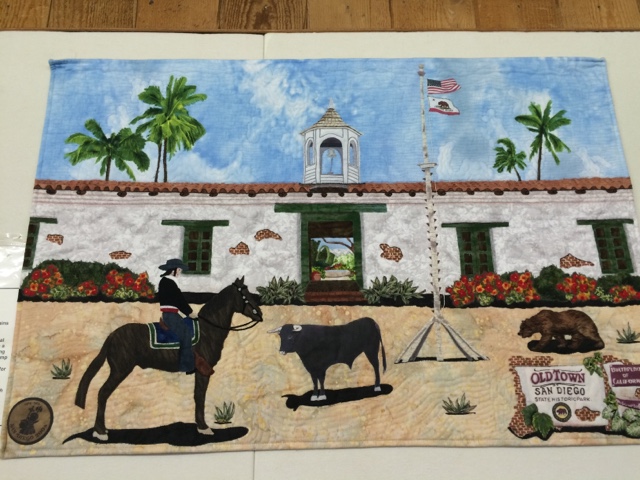 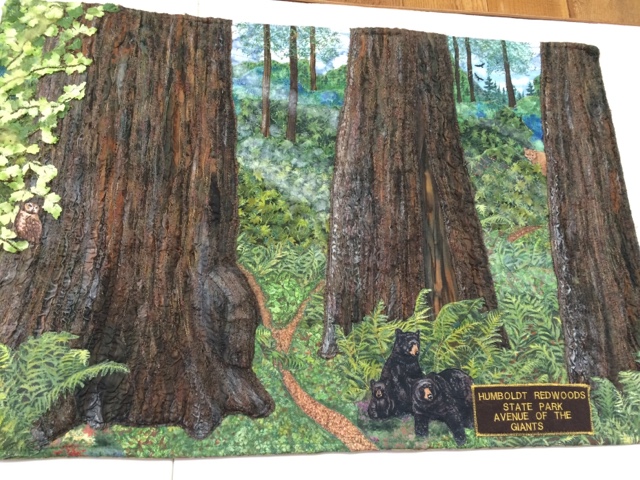 Redwood trees up north.  This quilt was 3-D 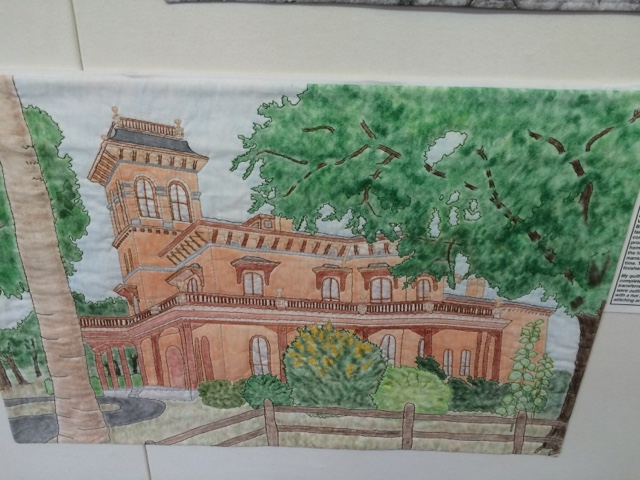 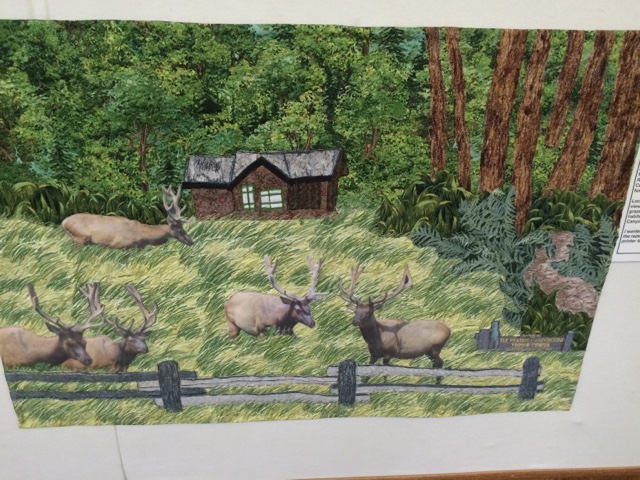 I'll post the rest tomorrow. She also had a featured quilter's quilts and they were equally spectacular. I'll post them in the next day or so as well.