I haven't done much sewing since I went to my son's in Virginia for a couple of weeks to help them out.

And my dh and I had a small trip to North Carolina for business.  We went to a small but very picturesque botanical garden and I'm going to share some gardening photos.

First, one of the most unusual parts of this garden was their display of repurposed ceiling fans.  They had them everywhere, mounted on wooden posts.  I couldn't tell if they were only moving when the wind blew or if they were hard-wired.  This was one of my favorites: 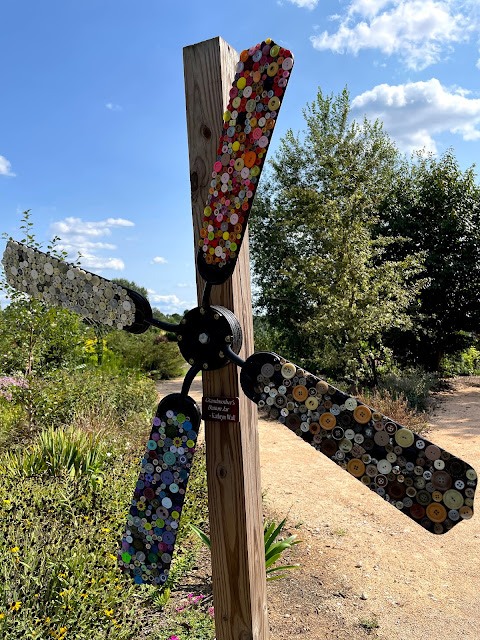 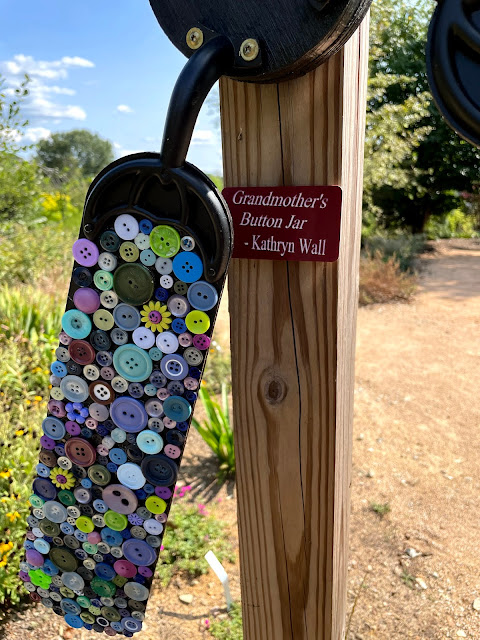 And then there was this, which was fascinating: 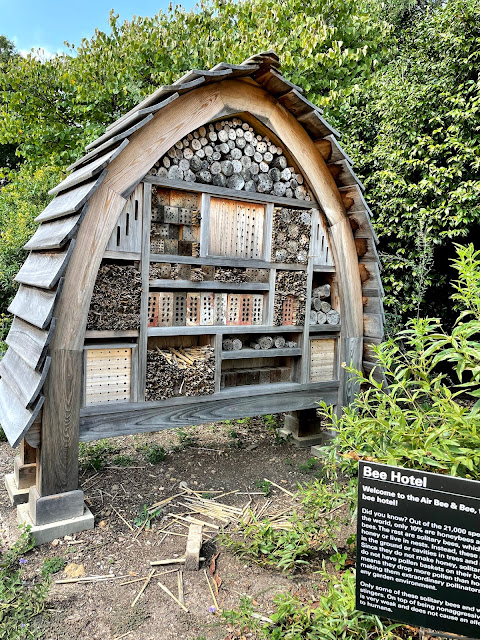 Can you guess what this structure is for? 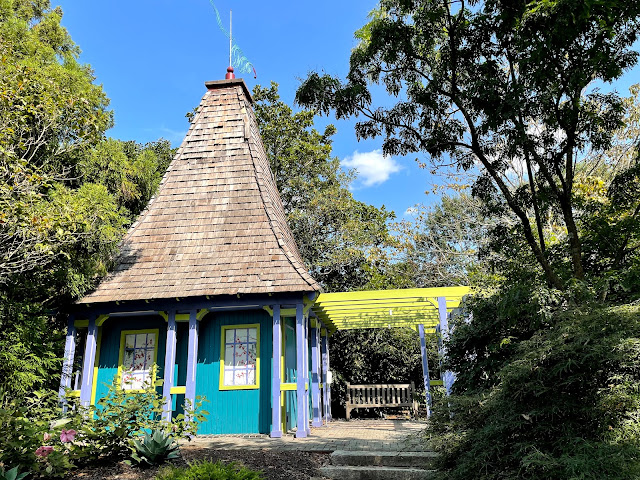 I'm not sure what this bug is, but I enjoyed watching him 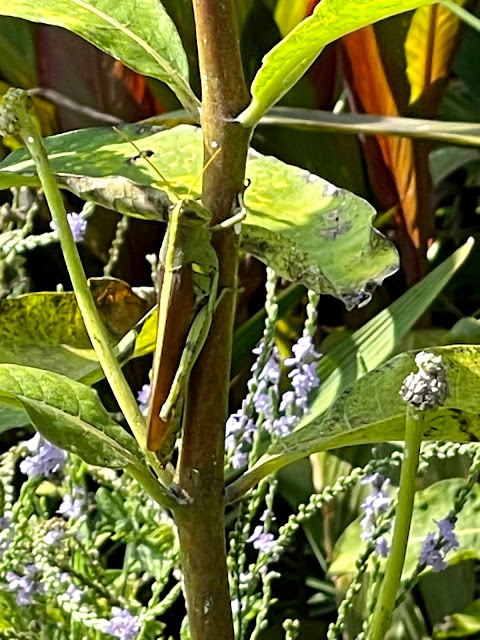 And look at this butterfly!  BLUES 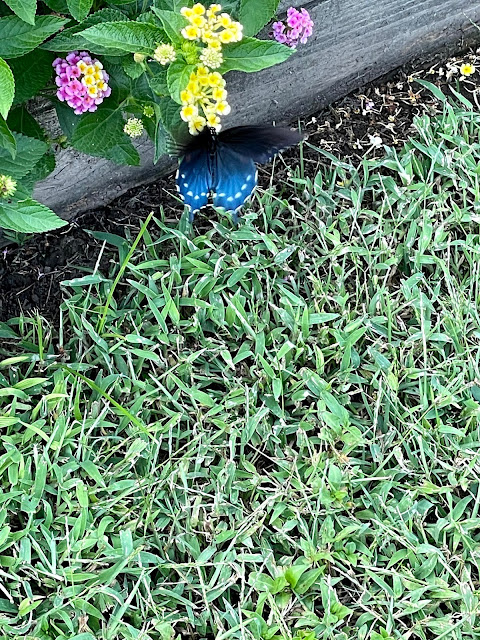 Then there were these plants, which were so interesting in textures and shapes, 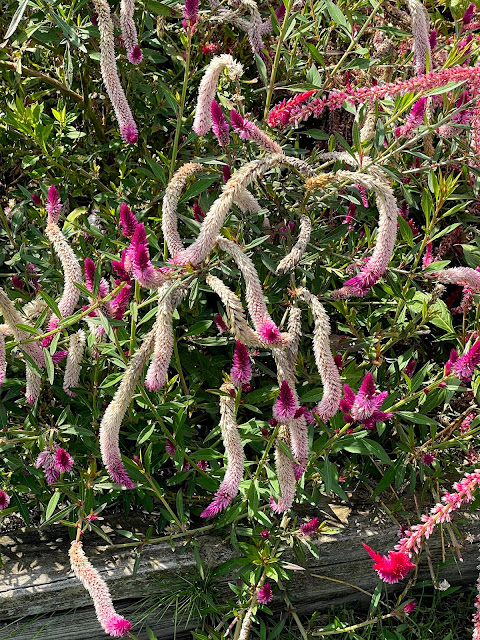 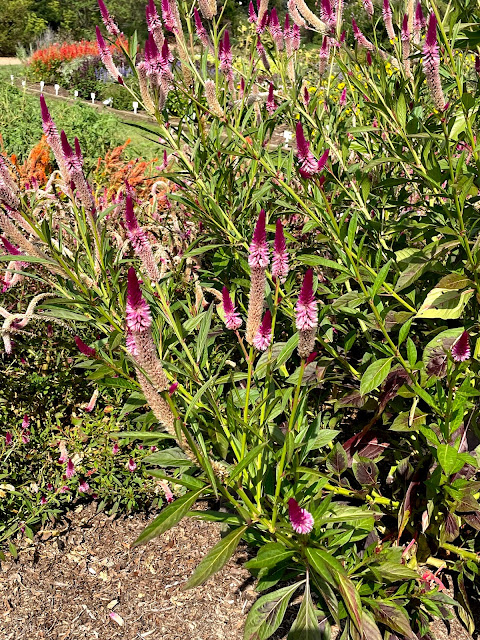 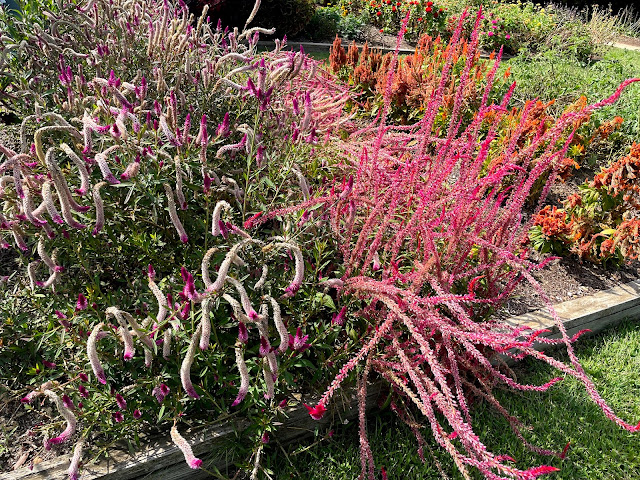 Check out this lily: 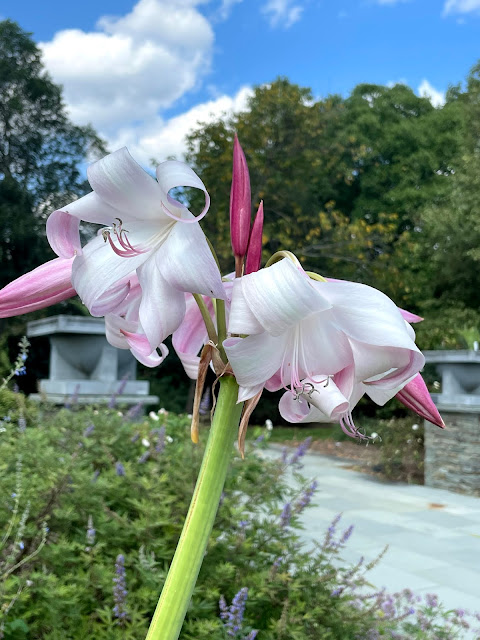 There was a Japanese garden with dozens of Japanese maple trees (my favorite) but this meditation area really caught my eye.  The ground is sand/rocks.  They graded it in such a way as to create a beautiful circular pattern.  Note the tree on the right is a Japanese Crepe Myrtle, which I'd never heard of.  It was immense. 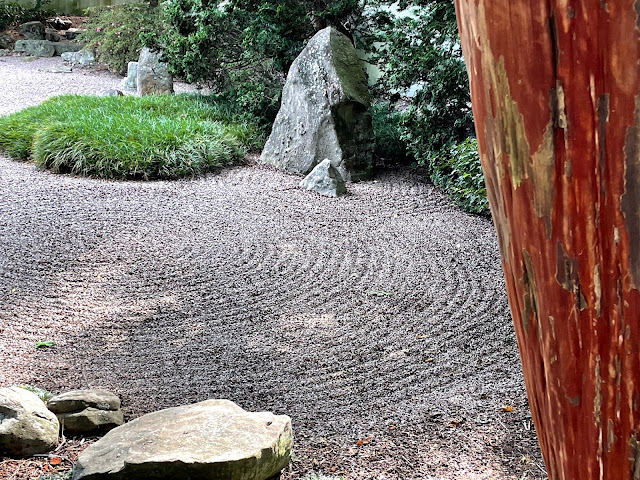 As we were leaving, we were treated to a most spectacular group.  It was unclear to me if it was for an event, if she was a bride or if it was a photo shoot.  But I was mesmerized by the woman.  Unfortunately I couldn't get her face up close but even her make-up was spectacular. 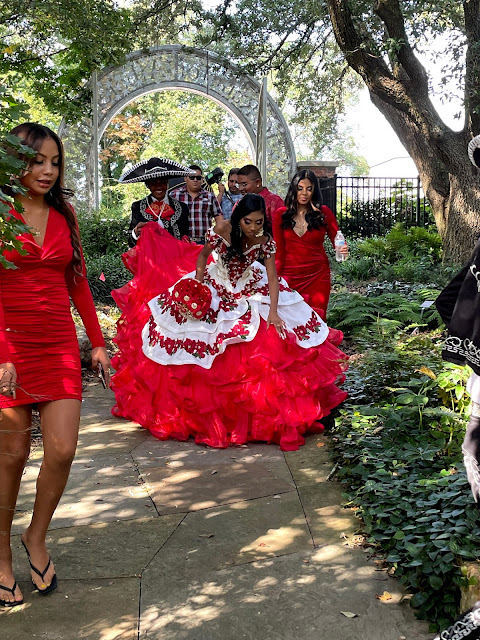 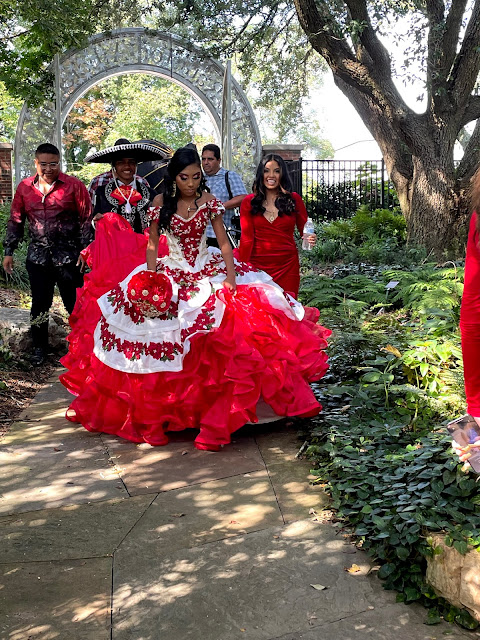 And one last scenery picture.  We stopped at a brewery for lunch (who knew that there were so many breweries in North Carolina??!!. The name of the place was called Bearded Bee Brewing and it was in a very charming small town called Wendell, outside of Raleigh.  I believe the building was a factory and is abandoned now. 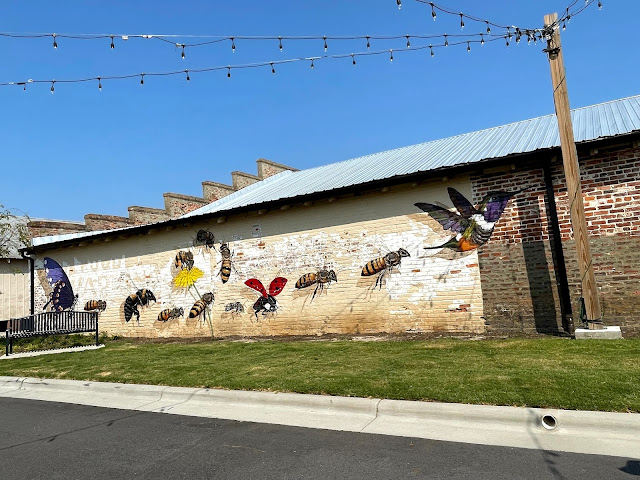 I did get some sewing done recently but will save those pictures for my next post.

Fall has definitely hit Central Oregon.  I have had to put on a jacket in the morning and today I needed a coat mid-day to take the pooch out.  He did go for a swim this week, though. 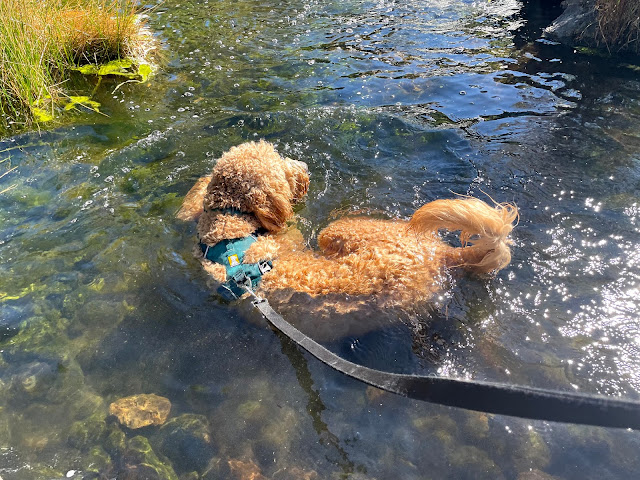 Hope you're having a great week and staying healthy!~