July is here! I guess that's a good thing??

It is hard to believe that 2021 is half over.  I feel like 2020 was a blip that we just skipped over. Life is getting back to normal but I am not sure that normal will ever feel normal.  Know what I mean?

I am happy to report that my June mini is completed on time.  Miracles do happen!  This little quilt was made using orphan blocks from a project I started but only got as far as six blocks.  So they got repurposed! 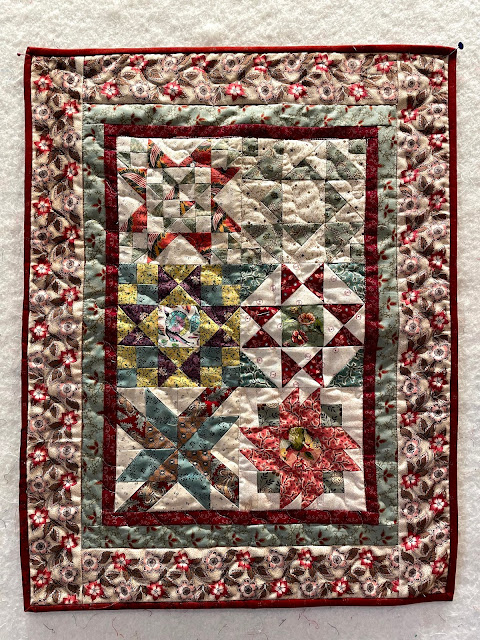 Other sewing that I've been doing is part of the Moda weekly sew along.
Keeping up with weekly sew along seems to be harder and harder. I did start the it earlier this month and finished the first week’s blocks. They are asking for 10 blocks a week. The good thing is they’re small-6”. The bad thing is they’re small!  Tiny pieces but I'm enjoying the process.  it's a bit much to keep up but I'm trying!  There is a tiny mistake in the top block which I corrected.  These are the first week's blocks.  I"m half way done with the second week and the third week's blocks were just posted.  Behind again!!  The sew along is from a book called Sampler Spree, and I'm enjoying the small variations in simple blocks. 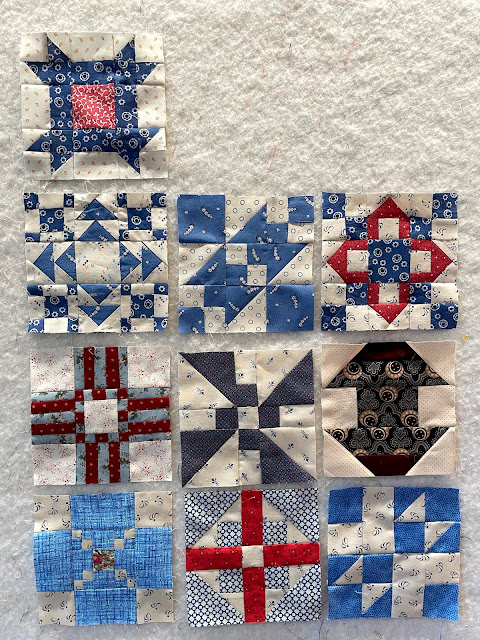 The weather here in Central Oregon has been beastly hot.  I feel like the earth is on fire.  In an effort to try to beat the heat, I went kayaking twice this week.  The lakes are a bit higher in elevation and the area was a bit cooler.  There was even a breeze! 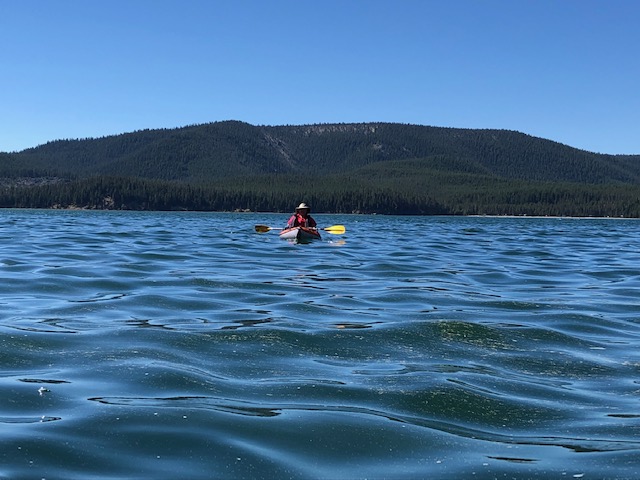 That's actually me, taken by a friend.  We were at East Lake in the Newbury Volcanic region.   This lake is literally in a crater from an old old volcano.  I think the rock formations are so interesting and it's hard to believe that it's all from thousands of years ago!  For scale, you can see a boat in the bottom as well as a kayaker. 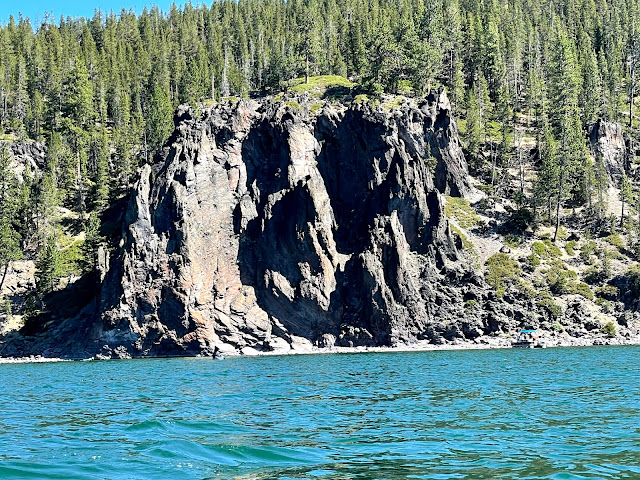 We were hoping for a break in the heat and last night there was thunder and a tiny bit of rain.  I thought the clouds looked so cool. 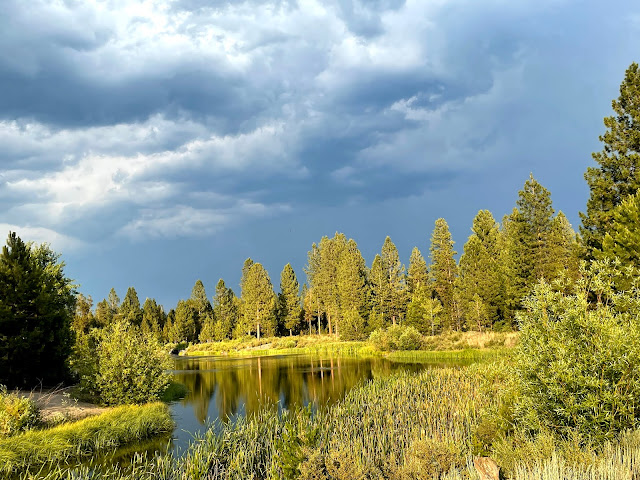 I hope everyone has a great holiday weekend.  Stay safe and healthy!
link