Well it's a weird Halloween,  isn't it?  This is the first year we won't be with the grandkids, who used to trick or treat at our house.  There's nothing going on here in Sunriver and it's pretty chilly so I'll probably sew and finish my October mini. The kids are going to a friend's house for an indoor, private party.  My how things are different this year!

I am excited to share with you the little pin cushion I was lucky enough to purchase from Kelly Cline. I love it! 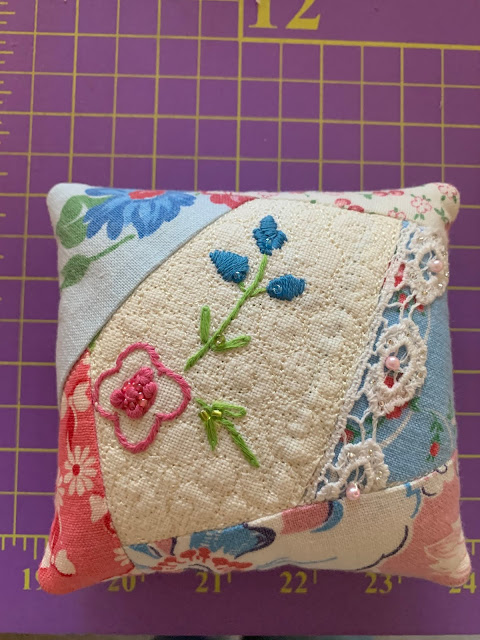 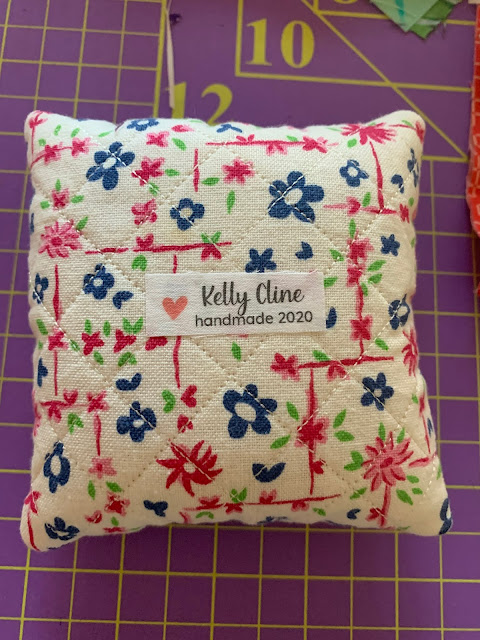 My October mini is something I made years and years ago!  It just needs some quilting and binding.  I promise to get it done today!  There are the Cascades, seen from Bend.  I can't even remember when I paper pieced this pattern!  It has to be at least 10 years ago...maybe more. 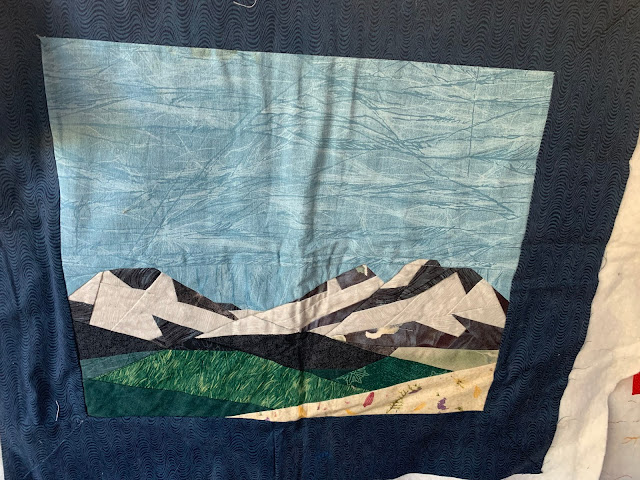 My daughter and I took a drive into Sisters today and it was a sad reminder of past events. My quilting friends and I  were there for the quilt show nearly 18 months ago.  We went into the Stitchin Post, usually the center of the quilt show and hub of activity.  Sadly they were selling bags from the quilt show -that wasn't! ;-(. And the story was pretty empty.  There wasn't even a lot of fabric!
I did buy some fabric of course...and thought this one was too cute to pass up! 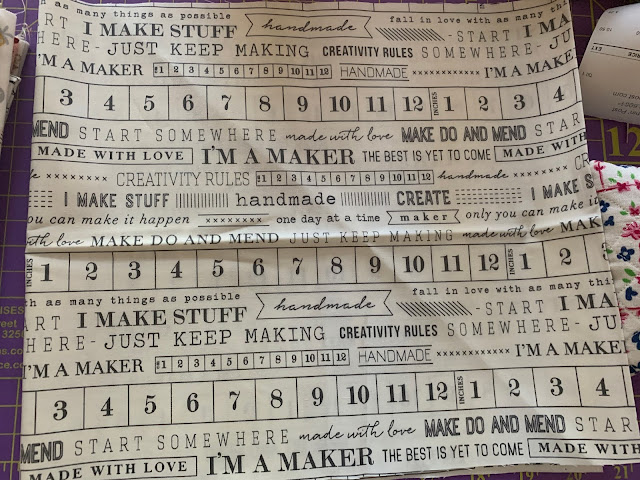 I have no idea what I'l do with it but it seems like. one of those fabrics that is too great to cut up.  Maybe I need to cut it into strips using the sayings in various places.!
Here's an update on the sourdough bread-- it was interesting to see that probably half of you who commented thought I shouldn't accept it.  Well, karma works in mysterious ways.  My bread did not rise and after baking, I  literally had two hockey pucks!  UGH...  Now it's possible that my kitchen is just too cold for bread to rise.  I'm going to stick with that story!  In the meantime, I went to a bakery yesterday and bought a loaf of sourdough bread already perfect (and sliced).
There's a full moon tonight.  I read that it's called a Blue Moon because there are two full moons in October.
Have a good one!
Posted by Randy D. at 2:59 PM