Can I hear a big WOOHOO!!

Wendy  Reed (constantquilter) is not only a great friend, but she's quite the motivator!!  She "runs" the monthly minis and I feel compelled to get at least SOMETHING done by the end of the month.

While this isn't a big deal, I did get a binding put onto a quilt that's been sitting in my closet for months!! 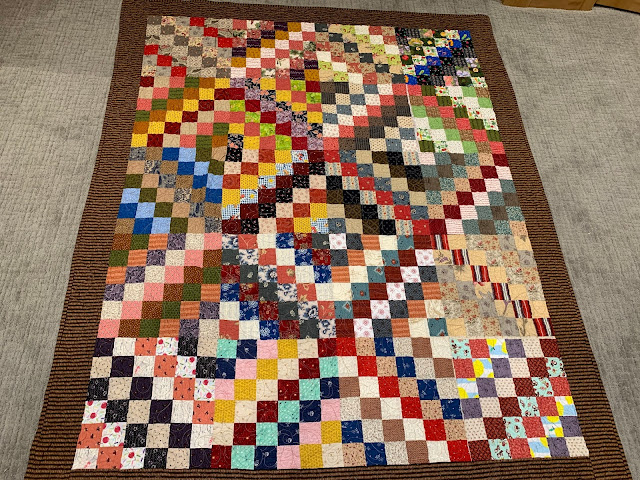 This will no doubt be a donation quilt although not to the kid's group.  Too dark and boring!! :-))
Have I told you the story about my old Bernina that's been in the shop for two months?  I have an 1130 and something went wrong with the bobbin mechanism two months ago.  I took it in to the local repair shop in Bend and they told me they'd order the part.  Fast forward to two months and they realized they couldn't get the part so I could junk the machine, if I wanted.
Gotta love the internet.  I went onto the Bernina Vintage Machines Facebook group and posted that I was looking for a particular part and within half an hour I had two people offering me the part!
I showed you that awesome selvage the other day?  Well now I'm on a selvage mission.  Here is my pile of selvages here in Central Oregon.  Forget about the huge bags in California! 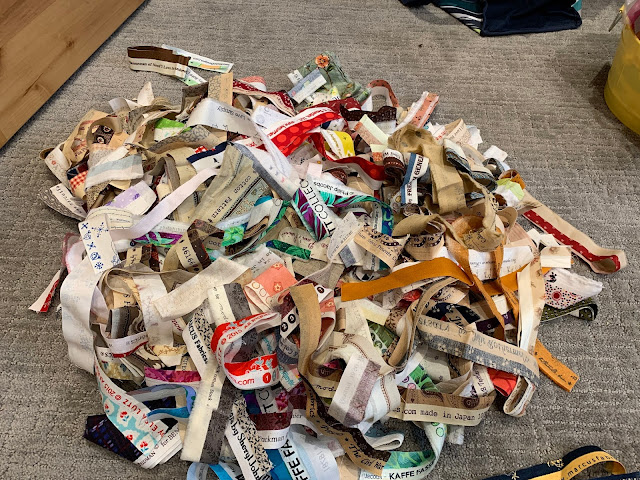 They are very much like scraps... they multiply!  I started sorting them and still didn't make a dent. 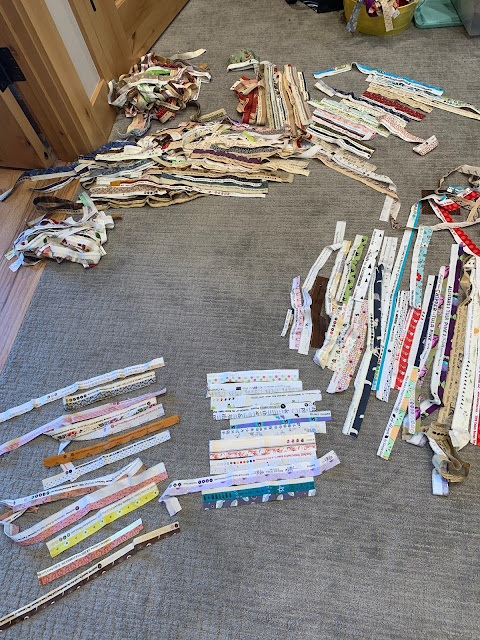 My next post is going to be a study of selvages.  Tune in!!